Wide-shot of the main play space.

Large Ramps and wooden halfpipes on the rear wall of the Warehouse.

Section of the long halfpipe along the back wall of the Warehouse, along with the Taxi Ramp kickers/debris pile.

Other section of the long halfpipe in Warehouse, as well as more of the placed Graffiti.

Interior of the secret area.

The Warehouse level from Tony Hawks Pro Skater 1+2. Made by myself and the rest of the Vicarious Visions Environment team. This was the first level I contributed to on the project, as well as being my first project in the games industry proper. It was an amazing project to be a part of, and I had a fantastic time working with and learning from my fellow developers on the project.

For the Warehouse, I modeled the various plywood ramps and halfpipes in the playspace, as well as the Secret Area viewing platform and the piles of debris surrounding the broken down taxi. I also placed and set up the Graffiti throughout the Warehouse, as well as other various bits of performance and optimization work.

Textures used were made by Joshua Evans, Graffiti was made by the VV Concept Artists. Any part not called out here was done by another member of the Environment team. 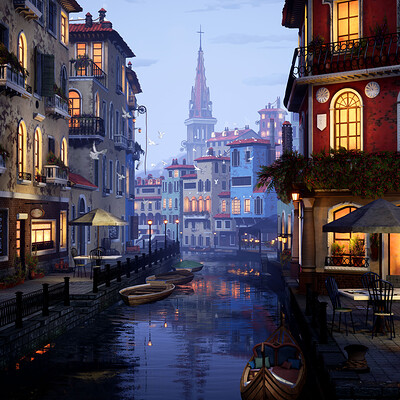 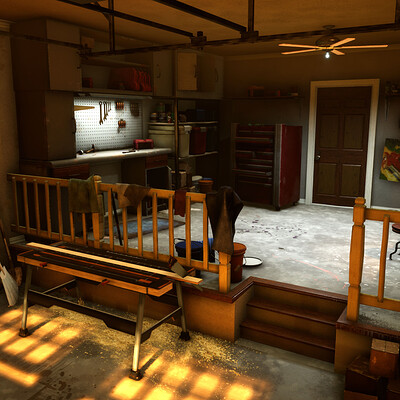